The Deepest Excavation Wilmington, DE has Seen in Over 25 Years!

The excavation is the deepest in the City of Wilmington in more than 25 years and marks a major milestone in redevelopment downtown as it is also the very first subterranean parking garage in the city. The development continues the revitalization westward from Market Street and is across from The Buccini/Pollin Group’s most recent downtown project, 200 W. 9th Street.

In addition to the below-grade parking facility, the development includes the creation of Burton Place Passageway, 12,751 square feet of retail space and a two hundred unit, state-of-the-art apartment community, The Residences at Mid-town Park. 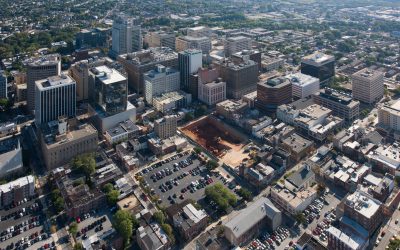