Soccer is an universal language and The Buccini/Pollin Group (BPG) is thrilled to be able to support such a wonderful cause. BPG was approached by Steve Cavalier of Delaware Rush to help with an introduction to the Boys & Girls Club of Delaware.

Mike Hare, Senior Vice President of Development at BPG and former colleague John Wellons were able to facilitate implementing a program by underwriting the Delaware Rush after school soccer program at the Boys and Girls Club. As part of our involvement we were further able to support the program by making an introduction to  the University of Delaware which allowed for an afternoon of soccer. The afternoon even included a MLS Player in attendance from the Philadelphia Union! 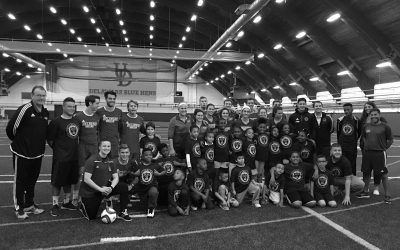