PHILADELPHIA (CBS) — Groundbreaking on a future apartment complex has begun in Old City at the site of a former restaurant supply store known as “The National.”

Michael Hare, Executive Senior Vice President of the Buccini/Pollin group, says by next summer, this will be an apartment rental building.

“192 residential units. A mix of one-and-two-bedroom units and 2,000 square feet of retail,” he explained. 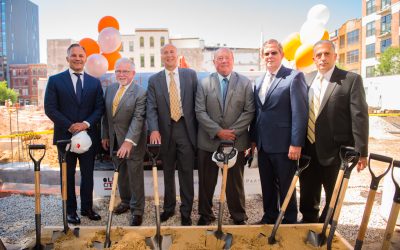