The Buccini/Pollin Group Mentioned in Philadelphia Business Journal: How Wilmington is Becoming A Destination

Wilmington residents have seen the city’s economic revitalization unfold in recent years, giving them new places to live, eat, work and have fun. Now, they’re not the only ones enjoying it.

As Wilmington’s transformation continues, developers say it’s drawing outsiders who may have only seen the city as they pass-through on their way to Washington, D.C. or New York. Those people are now viewing the city as a destination, city business leaders said at a recent panel discussion led by Philadelphia Business Journal reporter Natalie Kostelni.

A couple from North Jersey, for example, recently drove more than two hours to dine at Italian restaurant Bardea, said co-owner Scott Stein as he kicked off the event held in its dining room. Bardea, which opened a year ago, was a James Beard award semifinalist for best new restaurant, a distinction that Stein said has certainly added to the draw of his restaurant, but the increase in outside attention on Wilmington goes beyond one restaurant.

New housing, hotels and amenities have popped up in recent years, including many led by the Buccini Pollin Group. The developer, who owns dozens of properties on Market Street, are behind DECO, Wilmington’s first food hall, the 76ers Fieldhouse sports complex that was completed in April and a 120-room Hilton hotel on the Wilmington riverfront. Buccini Pollin also purchased and renovated the historic Hotel DuPont, and most recently, opened Makers Alley, a new restaurant and beer garden with a “southern feel,” Buccini Pollin Group co-founder Rob Buccini said at the event. 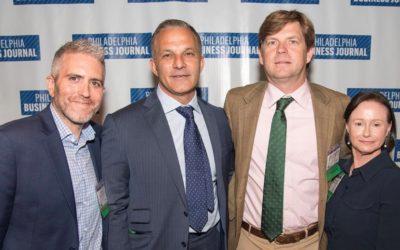