The Buccini/Pollin Group Mentioned In BisNow: Delaware Developer Buccini Is Bullish On Wilmington

By Jonathan Berr for Bisnow

The Buccini/Pollin Group co-President Chris Buccini is as excited as ever about his company’s hometown of Wilmington, Delaware, even as the firm continues to grow a $5B real estate portfolio across more than a dozen states. The commercial real estate market in Delaware’s largest city weathered the coronavirus pandemic surprisingly well, Buccini said on a June 16 Bisnow webinar on the Northern Delaware market. BPG operates three hotels in Wilmington and manages residential properties along the Riverfront.

Like other developers, he is skeptical of the argument made by some that many employees working from home will never return to the office. None of Buccini’s tenants have given up space in his buildings, which are all fully leased or nearly so. BPG is one of the largest office landlord in the Philadelphia region. “The Delaware suburbs are the strongest they have have been since 1999 when I got started in this business,” Buccini said. “The office market is extraordinarily tight. The southern office market is very strong, as well. We continued to lease through the pandemic.”

BPG’s redevelopment of the former Concord Plaza office park is a case in point. The company acquired the property in 2003. More than a decade later, it began converting the property into luxury apartments, office space and high-end retail. The company has rebranded Concord as 3535 Silverside Road. According to Buccini, BPG has developed three of the planned six buildings on the 45-acre project. It plans to break ground on a fourth building soon.

“The apartment leasing in the city of Wilmington has been nothing short of extraordinary,” Buccini said. Buccini also is optimistic about the hotel sector bouncing back from the steep declines it experienced during the pandemic. Weddings are expected to come back in July. Meanwhile, the company is making opportunistic purchases, such as the planned $80M purchase of the Renaissance Baltimore Harborplace Hotel.

“Certainly America is itching to travel again,” he said. 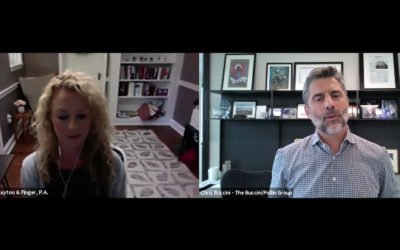