by Cris Barrish for WHYY

Wilmington’s new sports arena opened in January for the 76ers development league team – the Blue Coats. The G League club team is drawing a fair number of fans, but the sports/community facility along a gritty industrial strip south of downtown is showing major promise as a concert hall.

Last month, promoters held Snow Jam, a three-band rock show headlined by the Maryland group O.A.R. The acronym stands for Of A Revolution, and their concert proved to be somewhat of a revelation. Nearly 2,000 music fans turned out, with some coming from as far as Vermont.

Promoter Matt VanBelle was delighted by the debut concert for the facility that can hold 3,000. That’s way more than The Grand Opera House or The Queen — the other main concert halls in Wilmington — can hold. 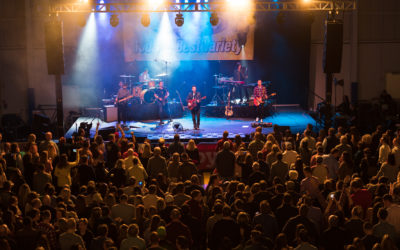