It is no surprise that Robert “Rob” Buccini counts cranes.

Buccini, the co-president of Buccini/Pollin Group,  heads a company that accounts for a good part of the building boom we are seeing in Wilmington.

He wrote that on a recent Sunday he was struck by the number of cranes in the city.

“There were three  large cranes constructing two new bridges (the wonderfully designed pedestrian bridge in the Wildlife Refuge and the new Christina River bridge), two cranes that are at our Midtown residential and parking project (at 9th & Shipley), two cranes constructing a parking garage at the downtown Christiana Care hospital and a crane at Incyte’s new building.”

He continued, “I then noticed the crane at the new residential project at the former Stuart Kingston site. Add the construction that recently started at the Chemours Building, the Rockford Falls residential project, Capano’s 64-unit Riverfront Apartment building and our eight story office to residential conversation project at 9th & Orange and I felt a bit like Wilmington was Nashville.”

Rob makes a good point. While it is important to focus on dealing with the city’s problems –  notably a tragically high homicide rate  – the continuing investments are a sign that many are betting on a much brighter future.

Keep that in mind the next time one of your know it all friends brags that he hasn’t been downtown in years. 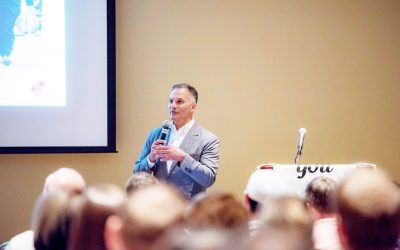