Rob and Chris Buccini Participate in Interview with Chris Jensen of WDEL, The Future of Wilmington

Rick Jensen from WDEL, ranked as one the “100 Most Influential talk show hosts in America,” interviewed co-founders of the Buccini/Pollin Group, Chris and Rob Buccini at The Mill for his radio production, The Future of Wilmington. Rob and Chris explained their early beginnings within the city and the 20-year marathon to continue to make Wilmington the place it was meant to be!

Their inspirational and entrepreneurial story would be appreciated by anyone striving to make the City of Wilmington a better place. To listen to their portion of the show, click here. 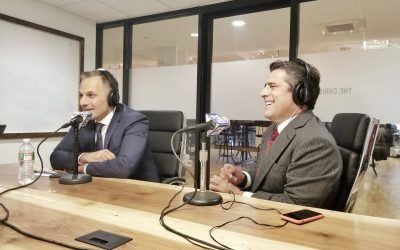