WILMINGTON, DE– Wilmington-based developer, The Buccini/Pollin Group, Inc. (BPG), is proud to announce their project, Market Street Village, is a finalist for this year’s Jack Kemp Excellence in Affordable and Workforce Housing Award. The award, established in 2008 and named in memory of Jack Kemp, a former secretary of the U.S. Department of Housing and Urban Development, recognize exemplary developments that demonstrate creativity in expanding housing opportunities for America’s working families.

This national award recognizes developments in which all or a portion of the units are affordable to households earning less than 120 percent of the area median income (AMI). The winners will be announced during the Urban Land Institute’s Fall Meeting in Dallas, October 24–27.

“We are so proud that Market Street Village has been identified as a finalist for the Jack Kemp Excellence in affordable and Workforce Housing Award.  It is a credit to the many public and private sector partners who made this transformational project a reality. Although the recognition is nice; we are most pleased that the project delivers high quality affordable living to downtown Wilmington and allows many more residents to share in the City’s revitalization” explained Robert Buccini, Co-President of the Buccini/Pollin Group.

The development reuses three historic mid-rise buildings along the Market Street corridor and reactivates pockets of the street.

The modern apartment finishes include quartz countertops, exposed architectural elements and stainless-steel appliances. 838 Market features a community center where residents can enjoy complimentary Wi-Fi, a resident lounge, computer center and a fitness center.  Residents enjoy the walkable lifestyle with restaurants as well as entertainment steps away from their apartment doors.

For more information on Market Street Village, please call 302.607.7488 or visit www.liveatmsvillage.com. The community’s Leasing Center is open weekdays from 9:00 AM -5:00 PM.

The Buccini/Pollin Group is a privately-held, full-service real estate acquisition, development and management company with offices in Washington, DC, Wilmington, DE, Philadelphia, PA, and New York City. Since 1993, Buccini/Pollin has developed and acquired hotel, office, residential, sports & entertainment, and retail properties throughout the Mid-Atlantic and Northeast having a value in excess of $4 billion. The Buccini/Pollin group currently has under management or development 30 hotels, 6 million square feet of office and retail space, 10 major residential communities, and multiple entertainment venues, including PPL Park, home of the Philadelphia Union Major League Soccer team. Buccini/Pollin’s 2,000 associates make a difference in our communities by supporting over 50 vital charities. For more information, please visit www.bpgroup.net.

For more than two decades, Ingerman has been developing, building and managing award-winning multi-family communities throughout the Mid-Atlantic region. Founded in 1988, the Company has developed 95 communities consisting of more than 7,000 residential units with total development costs in excess of $1.1 billion.

The Company’s seasoned team of real estate and construction professionals utilizes state-of-the-art architectural design, cutting-edge, environmentally conscious construction and an array of modern amenities in the development of each community. Through a commitment to responsible development practices, Ingerman works to enhance the sustainability of its communities with several green initiatives. www.ingerman.com 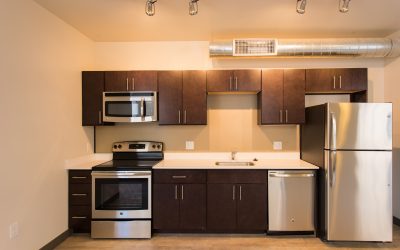