The National, Developed by The Buccini/Pollin Group, Will Blend Landmark Location and Modern Design

PHILADELPHIA, Pennsylvania (June 5, 2017) – The National, a new mixed-use project being developed at the site of the former National Products restaurant-supply business in Philadelphia’s Old City neighborhood, is now officially under construction.

The National is Wilmington, DE developer The Buccini/Pollin Group’s first apartment venture in Philadelphia. The project owner, an entity of the AFL-CIO Building Investment Trust (BIT), has selected Barton Partners as The National’s architect, TN Ward Company as general contractor and ResideBPG as building manager.

“This development has been in the works for decades and we are eager to see The National join the incredible array of residential and recreational amenities in Old City,” says Boris Kaplan, Vice President of The Buccini/Pollin Group. “We are treating this project with great care in recognition of the historic fabric of the surrounding community.  This location is tough to beat and we expect the diverse dining, cultural and commercial destinations in this thriving neighborhood to drive demand for these apartments.”

When complete, the six-story building will recreate the former site’s iconic orange tile and stainless steel facade along 2nd Street, between Race and Arch Streets. The building will have 192 apartments and over 2,000 square feet of retail space. Completion is slated for Summer 2018.

“We are thrilled to finally begin construction on The National, our first of many planned apartment ventures in Philadelphia,” says Robert E. Buccini, Co-President of The Buccini/Pollin Group. “We have steadily expanded our residential development and ResideBPG management platform in nearby Wilmington and have long sought such a signature location as an entry into the strong Philadelphia multifamily market.”

Apartments at The National will feature exceptional finishes as well as stunning views of both Center City and the Delaware Riverfront. Resident amenities will include a fitness center, a convenient pet spa, garage parking for 60 cars, a two-story clubhouse and a rooftop deck with gas fire pits and grills.

The long-anticipated groundbreaking ceremony for the project will take place on Friday, June 9, 2017 at 10AM. The ceremony will begin with opening remarks from The Buccini/Pollin Group’s Executive Vice President of Development, Michael Hare. Speeches will follow by labor leaders, municipal dignitaries and members of the development team including Patrick Eiding, President of the Philadelphia AFL-CIO Council; Councilman Mark Squilla, City of Philadelphia District 1; and Rob Buccini, Co-President of The Buccini/Pollin Group.

For more information about The National or to set up an interview with a representative from The National, please contact Abby Littleton at al@neffassociates.com or 215-627-4747.

The National is a new mixed-use rental residence being developed in the Old City neighborhood of Philadelphia, PA at the former site of National Products restaurant-supply business. When complete, the six-story building will boast a re-creation of the site’s iconic orange tile facade and the original stainless steel signage that stood out for decades along 2nd Street. The building will have 192 apartments and 2,000 sq. ft. of retail space as well as impressive amenities such as a rooftop deck with city and bridge views, a pet spa and a 2-story clubhouse.  Apartment residences will be equipped with high-end finishes including gourmet kitchens, oversized windows and luxurious baths.  The National is developer The Buccini/Pollin Group, Inc.’s first apartment venture in Philadelphia. The AFL-CIO Building Investment Trust has selected Barton Partners as The National’s architect, TN Ward Company as general contractor and ResideBPG as building manager. Completion is slated for summer 2018. For more information, please visit www.thenationaloldcity.com

ABOUT THE BUCCINI/POLLIN GROUP:

About the AFL-CIO Building Investment Trust

The BIT is a bank collective trust fund, which invests indirectly in commercial real estate, with $6.0 billion in gross assets and $4.7 billion in net assets as of March 31, 2017. During its 28 year history, the BIT has invested more than $7 billion for the development and acquisition of more than 200 office, retail, multifamily, hotel, warehouse, and mixed-use properties across the country. These investments have generated approximately 72 million hours in union construction work and helped to create thousands of union jobs in the service, maintenance and operations of BIT properties. PNC Bank, National Association (“PNC Bank”), an indirect, wholly-owned subsidiary of the PNC Financial Services Group, Inc. (“PNC”), is trustee for the BIT.  PNC Bank has retained PNC Realty Investors, Inc. (“PRI”) to provide real estate investment advisory and management services, in connection with the BIT.  PNC has retained the AFL-CIO Investment Trust Corporation (“ITC”) to provide investor and labor relation services and AFL-CIO Financial, LLC (“ITC Financial”), an indirect wholly-owned subsidiary of the ITC, to provide marketing services in connection with the BIT. PNC Bank licenses the ability to use the “AFL-CIO” name in the name of the BIT and in connection with the activities of the BIT. 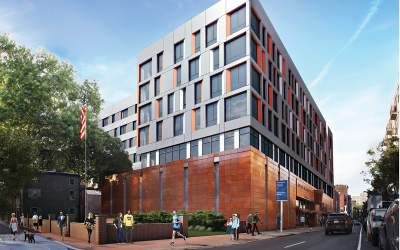