Congratulations to Peter Thiel, Associate of the Month

With great pride, we announce Pete Thiel as the Associate of the Month! Pete joined the BPGS team as a Project Engineer after graduating from Penn State in 2017 and has quickly become an integral part of the team.
Pete is looked to by his colleagues as an awesome teammate who takes ownership, can be relied upon and is willing to do whatever it takes to get the job done. Pete’s team-first approach was on display during the recent Day of Service, where he took the lead in preparation for a heavy workload at Reed’s Refuge. Without Pete’s efforts, the team would not be able to make the impact that it ultimately did.
Pete’s actions directly align with our core values – passionate about building and serving our communities, great in all we do, and motivated to make a difference. 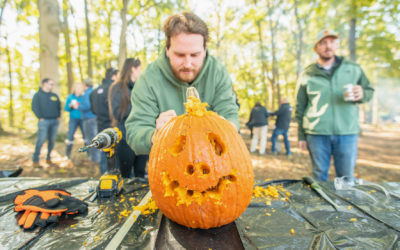