Development Staff Accountant Eduardo Franco is our July Associate of the Month!

Eduardo is very responsive and completes his work efficiently. He is always eager to tackle a new task and take on new responsibilities. He has shown the ability to communicate with other departments whether it be RES, BPGS, or Asset Management, and has taken initiative to assure funding requests are received on schedule.

If anyone on his team is out of office, Ed is always willing to step up and take on the time-sensitive tasks and keep projects afloat. Ed is also open to putting in the extra hours to confirm his projects stay on schedule.

Accounting has recently adopted the option for a block-schedule, which allows the employee to extend their weekend as long as the hours are allocated during the week. Ed had volunteered to move his half day from Friday to Wednesday as he recognized there is more work to be done at the end of the week. He’s willing to put in the longer hours on Fridays to keep his projects in good standing rather than get a head start on the weekend.

Some days, his manager has to force Ed to leave and go enjoy his personal time! He is adamant about putting his time in and making sure he’s ahead of his tasks.

Congratulations on this well-deserved recognition, Ed! 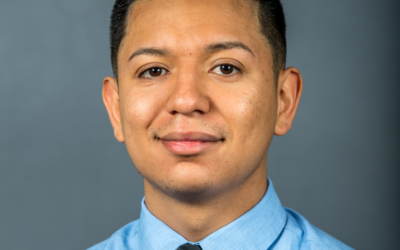