Last week, The Buccini Pollin Group’s Co-President Chris Buccini was a panelist at Bisnow’s North Delaware State of the Market event on Feb. 24. He shared his outlook on the next few years of commercial real estate and what updates he’s seen to CRE spaces since the pandemic. He also highlighted upcoming development projects that will have a major impact on the region.

“A critical mass of restaurants and entertainment offerings has finally been reached in Wilmington to effectively sell the city to out-of-market talent, panelists said at Bisnow’s North Delaware State of the Market event on Feb. 24. Meanwhile, a combination of recent demographic trends and financial commitments from state and local governments has supercharged growth prospects for Wilmington and the region as a whole.

Delaware is the fastest-growing state in the Northeast by population, having grown by 10% over the past decade, Delaware Prosperity Partnership President and CEO Kurt Foreman said at the event. The state also saw the biggest increase in average rent of any state from the start of 2019 to July of last year and had the third-largest drop in rental vacancy over that period, according to a study from insurance platform QuoteWizard cited by Cinnaire Senior Vice President of Business Development Jake Stern.

The demographic trends are enough to justify the construction of not just more apartments but new office buildings as well, in Wilmington at least, The Buccini/Pollin Group co-President Chris Buccini said. After 10 years of laying the groundwork for BPG’s portion of the Riverfront development district near Downtown Wilmington both figuratively and literally, the developer anticipates the pace of deliveries to greatly increase in the near future.

“I would say by next year, there should easily be $400M worth of new construction going on [at the Riverfront],” Buccini said, adding that an apartment building, parking garage and park are first on BPG’s agenda, followed by a 120K SF office building and life sciences project. “And it’s going to happen quickly.”

“People are finding that we’re really at the intersection of affordability and quality of life,” Buccini said. “There are a lot of people who are moving themselves or their businesses here because you can live really well here and still have what we never had before: the quality of life. And so we’re finally living up to what we’ve wanted to be.

“I think a lot of global forces have really put a spotlight here, and it’s not coincidental that right now Delaware is thriving more than it’s been in 25 years.” 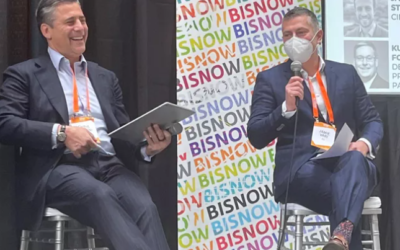