BPG Featured on Delaware Business Times: FNB Tower in Pittsburgh is One of the Most Significant Projects in Company’s History

BPG has been branching out from its Wilmington home in recent years as it looks for investment and development opportunities in other cities like Philadelphia, Dallas, Nashville, New Orleans, and especially Pittsburgh, where it was selected by an affiliate of the National Hockey League’s Pittsburgh Penguins to oversee a master redevelopment plan around the team’s arena.

BPG’s Managing Partner Chris Buccini called the project, which will add prominently to the city’s skyline as one of the city’s 20 tallest buildings, “one of the most significant projects in our company’s history.” 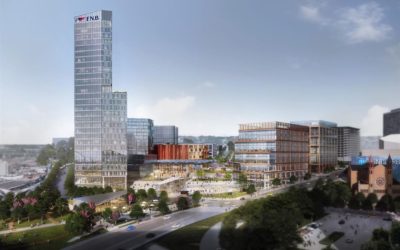