BPG Featured by The Philadelphia Inquirer: What to do, eat, and see in Wilmington

By Sarah Maiellano, For The Inquirer

“With new construction, exciting restaurants, and a revitalized downtown, Wilmington is having a moment.

As President Joe Biden’s adopted hometown, Wilmington is having a moment. While that moment has shined a national spotlight on the small city just 45-minutes south of Philadelphia, excitement about Wilmington has been building locally for years.

For the last century, the city has been known as the home of the storied DuPont family and its influential chemical company, as well as a financial center, but after business hours, things got quiet. That’s changed. Today, you’ll find beer gardens, artsy coffee shops, tattoo parlors, sporting events, and artisanal shops that are open well past 5 p.m.

Over the last couple of decades, the city beautified its once-industrial waterfront, which now has a minor league baseball stadium, the indoor Chase Fieldhouse sports complex, the Jack A. Markell Trail, an IMAX theater, restaurants, hotels, and entertainment all along a scenic mile and a half long riverwalk.

In the last 10 years, the city’s downtown has gone through a similar renaissance, thanks to thousands of new apartments that house 4,000 new residents — many of them millennial transplants coming from places like New York and Philly. Much of the new development is along about 10 blocks on downtown’s main drag, Market Street, which charms visitors with historic architecture, clean streets, independent shops, theaters, and renowned restaurants, such as Bardea, which was just named a James Beard Awards semifinalist…”

Continue Reading on The Philadelphia Inquirer 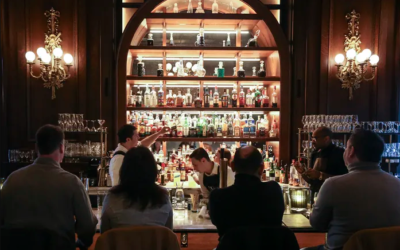