The Buccini/Pollin Group, Inc. (BPG) is pleased to introduce Wilma’s, a new concept at 902 N Market Street. The 5,700 square foot space, formerly occupied by Ernest & Scott Taproom, will be transformed into a duckpin bowling alley and pinball arcade with a strong food and beverage program. Coming in Fall 2020, Wilma’s will become the place for “boisterous games & dangerously good times” in Downtown Wilmington.

Friday, January 10th, 2020 will be the last day Ernest & Scott Taproom is open to the public. However, gift cards and Groupon vouchers will be honored at Chelsea Tavern, located at 821 N Market Street. Both restaurants are operated by Joe Van Horn of Open Doors Hospitality Group, who stepped up to the plate and purchased the restaurants after the sudden passing of founder Scott Morrison in 2016.

“I am proud to have kept Morrison’s legacy alive at Ernest & Scotts,” said Van Horn. “He saw the promise of Market Street very early on, and I know he would have been proud to see the growth that Downtown Wilmington has experienced recently. Wilma’s is a welcome addition to Market Street as our neighborhood continues to progress into the next decade.”

Chelsea Tavern will continue to host Ernest & Scott’s favored events, like the Cinco de Mayo Block Party and seasonal Cigar Dinners, while also ramping up its own event calendar in 2020 in honor of the restaurant’s 10th anniversary on Market Street. Upcoming events include:

In addition to an enhanced events calendar, Chelsea Tavern underwent a number of renovations this past year to prepare for the momentous occasion. The new and improved Chelsea Tavern features updated flooring, wall coverings, and lighting within the dining room. The bar also got a refresh with a new bar top equipped with USB outlets for smartphones. Additionally, overlooking the new outdoor plaza next door is the best covered outdoor seating area downtown. In 2020, restaurant-goers will notice changes outside including new patio furniture and upgraded landscaping.

Beer fanatics can relax – nothing will change to Chelsea’s bar menu, which features over 80 handcrafted beers. However, Chelsea will introduce new food items to the menu in the New Year. As a 3-time winner of the Delaware Burger Battle, diners can enjoy the delicious burgers they’ve come to expect along with new small plates and entrees until the wee hours of the morning. For the past two years, Chelsea has remained committed to staying open, kitchen included, until 1 AM every night of the week. This is especially welcome news to those that like a late-night bite as Chelsea Tavern has partnered with Grubhub to offer online ordering and delivery.

“We are excited to announce these new offerings at Chelsea as we enter into our tenth year on Market Street, and we look forward to another ten to come alongside our new neighbors,” said Van Horn.

The addition of Wilma’s to the Buccini/Pollin Group’s portfolio reinforces the company’s commitment to the City of Wilmington. BPG whole-heartedly believes that Downtown Wilmington is a great place to live, work, and play. In addition to drawing people to live in the heart of the city, BPG continues to deliver more “ways to play” for residents, both new and old, and visitors alike. The company’s recent investments in the area illustrate that fact, including Makers Alley, DECO, Bardea, Stitch House, 76ers Fieldhouse, The Queen, Penn Cinema, Constitution Yards Beer Garden; etc.

“Downtown residents and visitors alike have continually requested more things to do in Wilmington that are not solely focused on food and alcohol,” said Rich Snyder, Director of Food & Beverage for the Buccini/Pollin Group. “While we certainly support the thriving culinary scene in Wilmington, we believe Wilma’s will strike the perfect balance between recreation and dining, no pun intended.”

Open Doors Hospitality Group is the umbrella under which Chelsea Tavern, Ernest & Scott Taproom and Chelsea At The Grand Catering have operated for the past eight years. We have played host to thousands of guests from The Grand Opera House, visitors and residents of Downtown Wilmington, along with thousands of employees from Delaware’s most prestigious companies.

Chelsea Tavern, the crown jewel of our Hospitality Group is a full-service restaurant & tavern specializing in craft beer. Situated in the heart of Wilmington, our urban tavern is the perfect place to enjoy a unique meal of new American gastro-comfort cuisine or a handcrafted cocktail. Our built-to-share menu features new takes on everything from simple favorites to elaborate dishes. It’s all made from scratch with locally sourced ingredients so every dish is seasonal and fresh. Complement your choice with our impeccable wine selection or one of our 31 craft beers on tap. Whether you grab dinner before a show at the Grand Opera House, have a late-night drink, stop by for brunch, or choose us to host a private event, we look forward to welcoming you to a world of new tastes. For more information, please visit us at www.chelseatavern.com 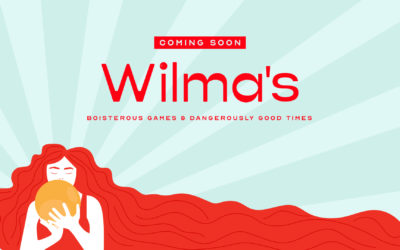