WILMINGTON, DE– Wilmington-based developer, The Buccini/Pollin Group, Inc. (BPG), and BPGS Construction (BPGS) are pleased to reveal the exquisite transformation of 2 East 7th Street back to its former building façade dating back to 1895. With only photographs as historical building data, The BPGS Construction team worked diligently to restore the building to its glory days when it housed a Snellenburg’s department store at the turn of the 20th century, complete with a standing seam metal roof and 13-foot copper finial.

Once again, a historic staple of Market Street, the building now consists of 15 units part of the MKT brand as 618 MKT and 4,500 sq ft of retail scheduled to open with a Grand Opening and Ribbon Cutting Celebration. The brand-new apartments consist of 13 one-bedrooms and 2 studios making the new unit total for the MKT community which spans up and down Market Street from the 400 to 800 blocks to 162 apartments.

More details to follow on the Grand Opening and Ribbon Cutting Celebration occurring on December 5th at 10:00 am. 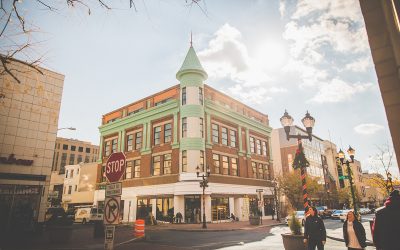